How about an update on the foster kitten situation?  Here we go.

The photo above is of the Mommy, Miri.  Did I mention she’s a sweetheart?  OMG, loves to be held, very vocal, a picky eater, but a SUPERB mommy.  Love her to death.  Bless her heart, she weighs all of about 6 pounds, but as you can see, she’s beautiful.

As for the kittens, we have no idea of sexes yet, so I’ll call them all “him” for now.  We’re trying to think of names beginning with “M.”  It’s a Madison Animal Rescue Foundation (MARF) thing.  In our efforts to find homes, they’ll be listed as the Miracle Family.  Hence, Miri’s name (short for “Miracle”).  Ready to see them? 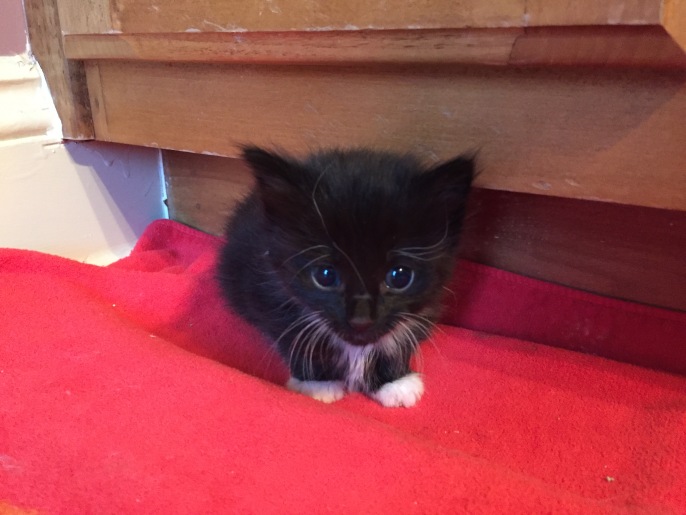 The little fellow is the only black one.  He’s usually off by himself, and already uses the litter pan like a big boy.  Very fluffy.  He seems to be Miri’s favorite since all he has to do is squeak and she comes running. 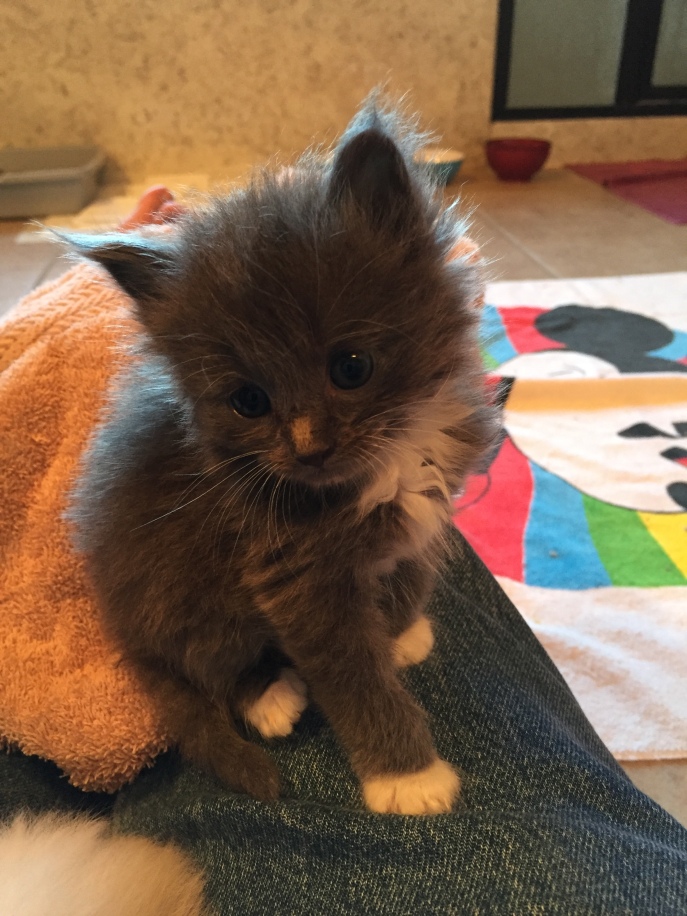 This one, one of two gray ones, is as cute as they come.  I think he’s Caroline’s favorite. He’s so FLUFFY!  LOVES to be held, and he was the first to use the litter pan by himself.  Precious!

As you can see, this one’s a cuddler also, and very vocal. Loves to be held … no, DEMANDS to be held.  A fluffy little white-ish fur ball. 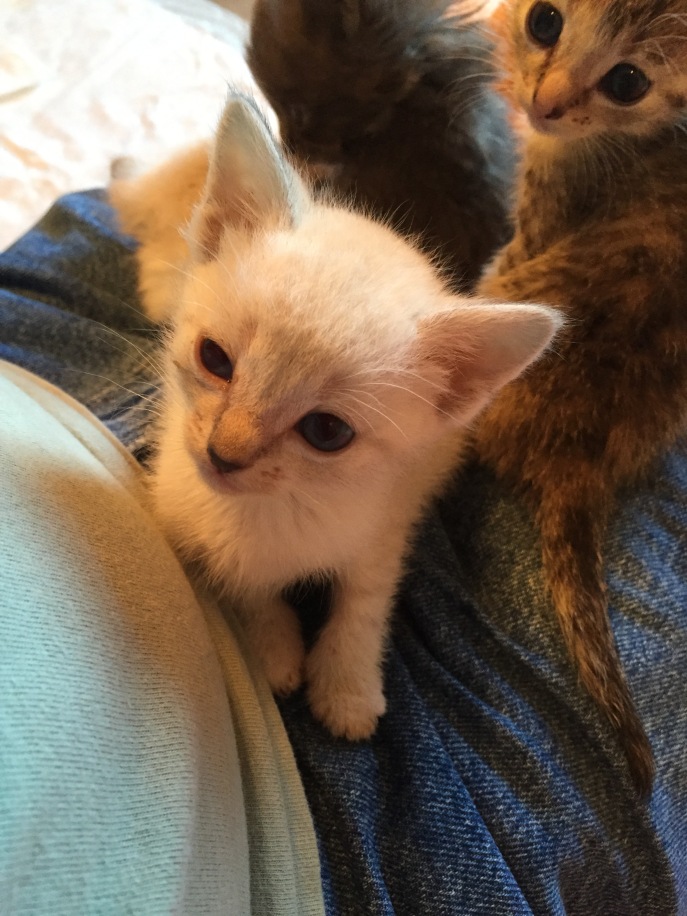 This little guy, well, Caroline’s pretty sure he’s MY favorite. He likes to fall asleep in my arms.  His fur is different, too.  It’s a little stiffer, coarser, something, I don’t know.  But I like it (and him).  He’s a stout little thing.  Loves to “rassle” with his siblings.

This is the runt of Miri’s biological kittens, and a sweetheart.  One of the MARF folks came and got him for some specialized care (bottle feeding), and to keep another one company (more on that below).

OK.  This one is … something else.  As soon as he spots anyone coming into the bathroom where we keep them separated from our four adult cats, he’s on them like Velcro.  Absolutely HAS to held, and as often as possible.  He likes to bury his head under my chin (yep, he has me around his little paw pinky).  He takes the bottle better than any of the others.  He has this squeaky little mousey sound he makes when he’s snuggling under my chin.  He’s one of the kittens rejected by his young mother and taken in by Miri, and a week and a half younger than the five above.  Did I mention Miri’s a sweetheart? 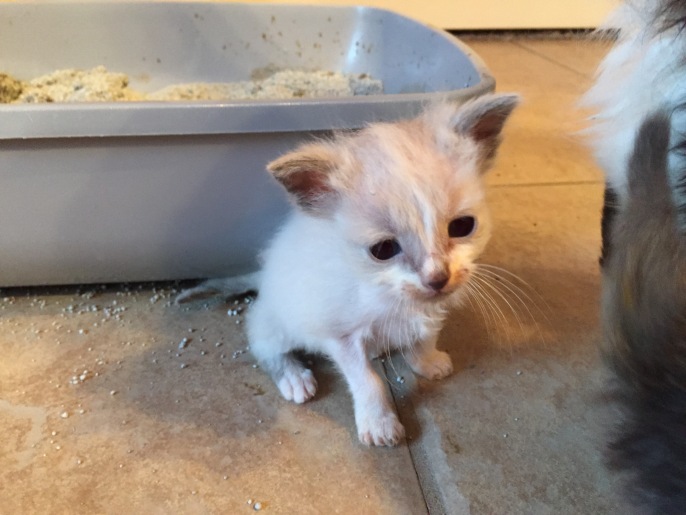 Word is that this last one barely got any sustenance during his first week.  That’s why he’s so tiny.  He’s the multi-colored one’s biological sibling and the other one taken in by Miri.  The MARF folks took him for extra bottle feeding, and he’s the primary reason why the smaller gray one was taken also – to keep him company.  So far, both are doing well, and this little white one is already using the litter pan even though he, like his brother above, is a week and a half younger than the others.

So there they are, all eight of them.  We still have Miri and the five kittens in the top five kitten photos.  We had to treat them all for coccidiosis, one dose a day for three days, but they’re already clearing up.

The important thing is they all seem to be doing well and will be available for adoption through MARF soon.  So stand by for more!

One thought on “Our Foster Children”